In April, 2018, I was a speaker in two presentations at the Make Divorce Healthier Symposium — “Coaching to Enhance the Healthy Divorce Process” and “Strategic and Smarter Property Settlement Agreements.” Here are my remarks about emotions and divorce financial negotiations from the session on property settlements.

My co-presenters Samantha Evian, James Graves, Ellen Morfei, Loretta Hutchinson covered the nitty gritty of what equitable distribution means in PA, legal and financial case studies, and financial forecasting. I kicked off the session with the mediator’s perspective and a call for sensitively incorporating the emotions of the spouses into the financial negotiations. This is the text I used to guide my presentation.

I can’t tell you how often new clients come to me and tell me “we just want to split everything down the middle.” Then I get to meet with each of them. I talk to them both privately. And I review their finances. And I learn that they have different goals, different emotions, different cash flow, different earning power. So, if so many things are different, why do they both THINK that they want the same settlement?

All of this reminds to me of a story…

Do you know the famous short story “The Gift of the Maji” by O. Henry? It’s about a young couple of modest means at Christmas time. Both wants to give a special gift to the other, but they have little money to do so. In short, he sells his beloved pocket watch to buy her an ornamental comb for her beautiful hair. She cuts and sells her hair to buy a chain for his pocket watch. Even with a happy couple who is very much in love, knowing only half the story can have tragic consequences.

In a divorce, this same issue of knowing the view only one side – their emotions, goals, interests, feelings, and positions – can yield similarly undesirable outcomes. As a mediator, I’m luck to got to hear from both spouses in a divorce. But once you know all this, how can you help craft an agreement that accommodates, to the extent possible, the interests of both sides?

As a mediator, it’s critical that I support both sides in reaching an agreement that works for each spouse. But, even amicable divorcing couples have divergent interest – along with shared interests like the well-being of their kids and each other.

I’m going to leave it mostly to my colleagues to address some of the specific financial vagaries between divorcing spouses and how those might be addressed in property settlement negotiations. I’m also going to leave it to them to discuss the nexus between behavior and cognition and how it can undermine good decision-making.

And, although I don’t have data to support this, I have a keen sense of two things. One, is that when emotions are honored, parties are more satisfied with their agreement. (Note there is data to support greater satisfaction and compliance with mediated agreements.)  Second, that parties that feel better about their agreement and the process used to reach it are in a better position to enter their post-divorce life with a sense of hopefulness and self-efficacy.

Some examples of emotions or emotionally-loaded issues in divorce that can be effectively considered when crafting a property settlement agreement are:

The emotions – in general or around specific issues – can be honored in the agreement How?

Having said all that, feelings should not be honored to the detriment of an equitable settlement or sound finances. We can get creative, but we can’t please everyone all the time. And, as I often say, I can help you figure out all sorts of ways to slice up your pie, but I can’t make your pie bigger. I’m a mediator, not a magician.

But with creativity and collaboration, one can guide clients to reach prudent financial agreements that honor their individual interests, their goals, AND their emotions.

In the US, we often think of cohabitation as something done by young couples on the path to marriage. But the demographics on co-habitation are more complex. So are the things a couple should discuss when deciding how to cohabitate.

According to the 2010 US Census, cohabitation is up by 29% in the prior decade. More striking is that the number of cohabiting people over 50 has increased 75% in the same time, per a study by the Pew Research Center. That’s a lot of cohabitation.

Lots of Issues to Consider

One reason couples opt out of marriage because of the complex cluster of rules, laws, and expectations around the institution. Cohabitating couples still have laws to consider, but they mostly make up their own rules. Decisions about how to share living quarters, how to interact with family, how and when to make decisions, how to manage finances, and long-range planning are all critical and sensitive topics. But those topics need to be tackled clearly and with sensitivity.

Mediation can be an ideal forum to have those important and sensitive discussions. It provides a neutral and supported environment to raise issues, iron out differences, and come up with creative and balanced solutions that fit your unique relationship.

I often say the perfect is the enemy of the good. Well, I’m accepting imperfection and releasing my unedited interview from the Make Divorce Healthier Symposium 2016. View now to hear my impromptu thoughts on:

I’m pleased to be teaching PA judges about alternative dispute resolution. Retired Judge Stephanie Klein and I will be co-teaching in the Minor Judiciary Education Board Continuing Education Program over 14 weeks from September through May. All of the Commonwealth’s Magisterial District Judges attend these week-long training sessions where they are instructed on a wide variety of issues. We’ve been introducing mediation and arbitration, discussing mandatory mediation and arbitration clauses in contracts, and illustrating the benefits of mediation for conflicts when the relationship between the disputants matter.  It’s an honor to be able to share the important message of ADR with such an influential audience. 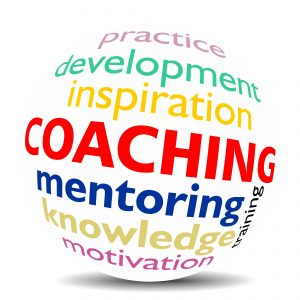 I’m pleased to be presenting a workshop at the Annual Conference of the Pennsylvania Council of Mediators in Harrisburg. This year’s theme is practice challenges. The two-day conference will be kicked off with a full-day workshop with internationally renowned conflict resolution expert Bernie Mayer, who will present “The Conflict Paradox: The Dilemmas and Contradictions that Define our Work (and our Lives).”

On day two, I’ll sharing some of my unique approaches to mediation in “Coaching to Improve Mediation Outcomes: An Examination of Processes, Pitfalls, and Ethics.” The program description is below:

Careful and skilled application of coaching approaches can effectively support parties in making free and informed choices, deepen their understanding of the conflict, achieve greater clarity about their goals in the mediation, reach more thorough understandings about their decision-making, bolster their self-advocacy, and strengthen their commitment to and compliance with their mediated agreement. But the application of coaching techniques without care, caution, and skill, can raise questions about the mediator’s impartiality and potential for favoritism. We will examine how practices of conflict and personal coaching can be applied to support self-determination and avoid appearances of partiality. 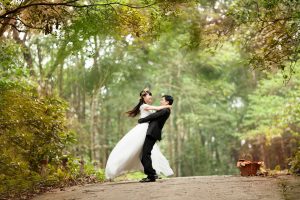 I just sent the completed prenuptial memorandum of understanding to a happy couple about to marry at the end of this year.

Mediating prenuptial agreements is a challenging and gratifying experience. A well-negotiated agreement is mutually beneficially: protecting and enriching the financial and emotional well-being of the participants as individuals and as a couple.

I loved helping them navigate this delicate territory – finding commonality, understanding difference, and leveraging the strengths and limitations of each participant for maximum benefit.

And it’s exciting to know that it might just help two people have a stronger relationship.

NOTICE: We are not currently accepting new clients.